The Dominion No. 4 Colliery opened in 1866 in the Caledonia district of Glace Bay, Nova Scotia. On Friday, June 16, 1899, a couple of hours after midnight, an overman named Dan Marlin was bringing a pit pony back to the stables when he smelled smoke. Several other workers said they could smell it too so Marlin rang for the underground manager, Thomas Johnstone. Johnstone was asleep at home when he received the call. He made his way to the mine and down the shaft. He met several men on their way out and convinced them to return down the mine with him to help fight the fire, although one refused. An explosion occurred around 4 AM and a second followed about an hour later. 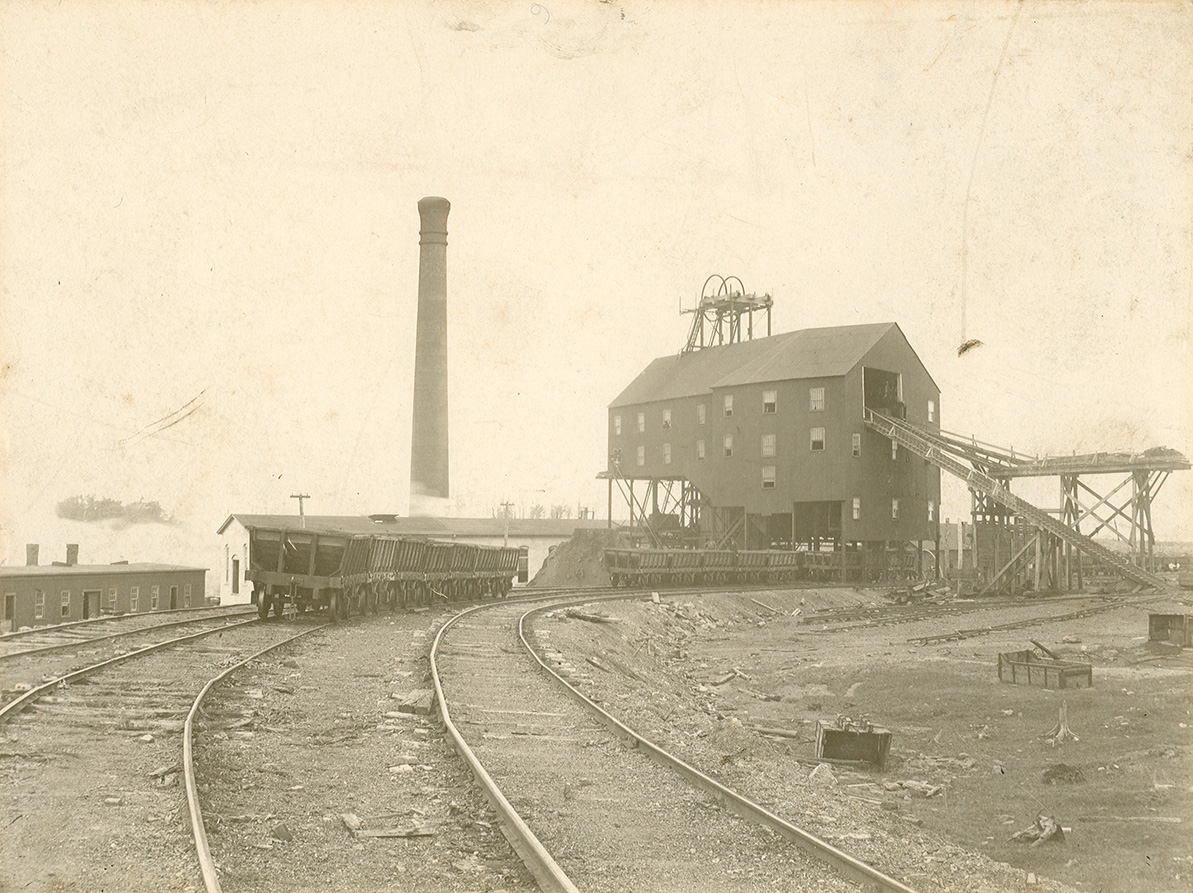 No. 4 mined the Phalen Coal Seam in the Caledonia district of Glace Bay. (ca. 1900.)
Photo courtesy of Nova Scotia Archives. Used by permission.

The most common account of the disaster suggests that the explosions were caused by a pump man’s open flame heater. The pump man had found heavy smoke when returning to the main pump after working elsewhere and he left to report the incident. Until that point, there had never been a fatal methane explosion in the No. 4 Colliery, even though the mine was considered to have higher than average methane levels. Although additional explosions could have followed, five men descended into the depths to search for survivors. They found Johnston’s body; it showed signs of having been slammed into pit timbers, but it had no burns. A group of twelve men then descended the mine and they found the bodies of the men Johnstone had convinced to accompany him. The victims had wrapped their clothing around their heads in an effort to keep their lungs clean of the afterdamp. They hadn’t died in the explosion. Instead, they had died of asphyxiation caused by the toxic mix of gasses released by the explosion.

Fires in coal mines are often difficult to find, hidden in their own smoke. On Saturday, June 17, miners located the fire near the deep pump and attempted to put it out with buckets of water. Unfortunately, the fire continued to grow and they gave up. Two days later, two men attempted to descend into the mine but were forced out by the afterdamp. It was impossible to get to the fire through the noxious gasses. Two mine managers, Brown and Robson, had an idea: they ordered the ventilation fans to be reversed. This forced fresh air into the mines, pushing the blackdamp further back into the depths. The two managers had themselves lowered almost 200 feet into the mine on steel cables. They found the air at the bottom to be breathable a fair distance into the mine. Returning topside with the news, more volunteers descended using the steel cables. They used brattice to redirect more of the smoke, allowing miners to come down in the conventional cage. Eventually, they flooded the section where the fire was located. It took three months to put the fire out completely and an additional eight months to pump the water back out of the mine.

The men who died were: